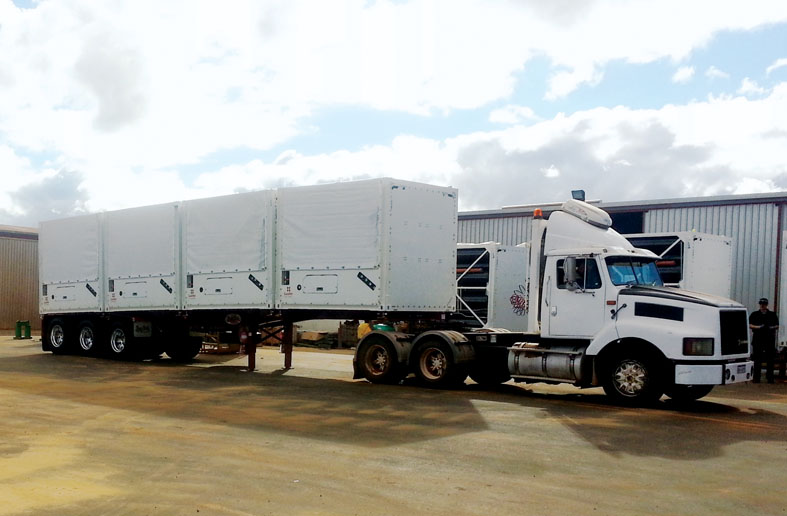 PORT HEDLAND, Australia-Luxfer Gas Cylinders, Germany, has been awarded a contract to supply bulk gas transportation modules to Sub 161, a Queensland-based company that will use 'road-trains' to truck compressed natural gas (CNG) from Port Hedland to a power station that serves the large Solomon iron ore mine in the Pilbara region of Western Australia.

The Solomon mine and power station are operated by Fortescue Metals Group, which is converting the 125-megawatt station to run on natural gas. Fortescue will replace an estimated 300,000 liters of diesel used each day with 11 terajoules of natural gas.

Sub 161 Chief Executive Angus Karoll has said that converting to natural gas could cut energy costs by as much as 30 percent. Sub 161 will supply natural gas via a 'virtual pipeline' consisting of road-trains of specialized trucks towing trailers loaded with modules manufactured by Luxfer and containing lightweight carbon composite high-pressure gas cylinders made by Luxfer specifically for transporting CNG. Each composite cylinder consists of a seamless thin-wall aluminum liner fully wrapped in aerospace-grade carbon fiber. The eventual number of modules to be supplied will depend on the volume of gas required by the end customer, but the contract is expected to generate over $10 million of sales value to Luxfer.

Supplying the Solomon plant is the first major gas transportation project for Sub 161, which plans to build several natural gas facilities in the Pilbara region to supply other mining operations that currently rely on diesel.