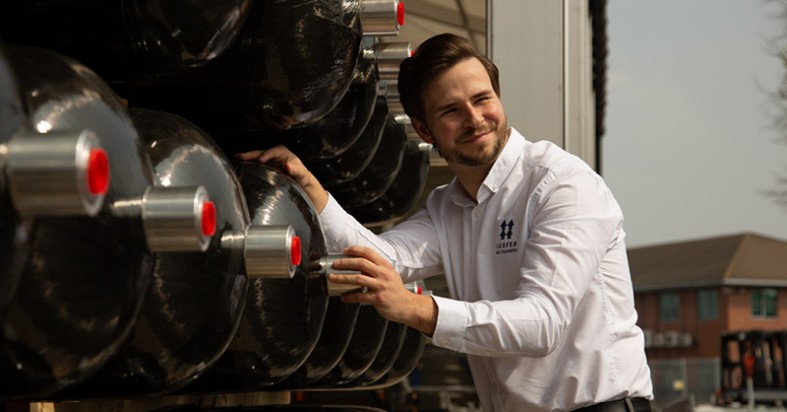 At Luxfer, we’re committed to supporting companies as they explore cleaner fuels adoption across their transport solutions. And, as hydrogen infrastructure continues to be a barrier, H2 storage and bulk gas transportation has remained at the forefront of our strategy.

Thanks to significant funding commitments from governments and organisations to make the use of alternative fuels more widespread, the hydrogen industry is accelerating faster than ever.

We entered the hydrogen sector more than two decades ago and since then the narrative on the clean gas has swung from ‘expensive white elephant’ to ‘silver bullet’. We’re now seeing real progress, with projects coming to fruition that would likely have been deemed impossible before.

At Luxfer we passionately believe that hydrogen represents a viable and sustainable alternative fuel source. Worldwide, momentum exists. This is evidenced by our recent International Trade Award from the East Midlands Business Masters, and we’re proud to be acknowledged for our work pioneering hydrogen storage systems across the globe.

Our UK team was also recognised in 2022 with finalist positions in the World Hydrogen Awards and Energy Awards. In fact, alternative fuels now represent the fastest-growing division across the whole Luxfer Group.

In order to achieve carbon reduction targets it is agreed that vehicles must be manufactured - or adapted – so they can be powered by alternative fuels. This includes passenger vehicle such as buses and trains, plus commercial and heavy goods like trucks, ships, refuse trucks and more. While there are differing rates at which markets have embraced and invested in cleaner, greener fuel, the potential for H2 storage systems has driven demand and allowed Luxfer to expand its footprint.

This international expansion includes forging links with Taiwan, with Luxfer selected to support them as they embark on their first pilot hydrogen bus. This collaboration was cited by the Department of International Trade recently, as an example of the UK’s leading clean fuel expertise, with a TV crew from Taiwan visiting our HQ to learn more about our hydrogen offering. 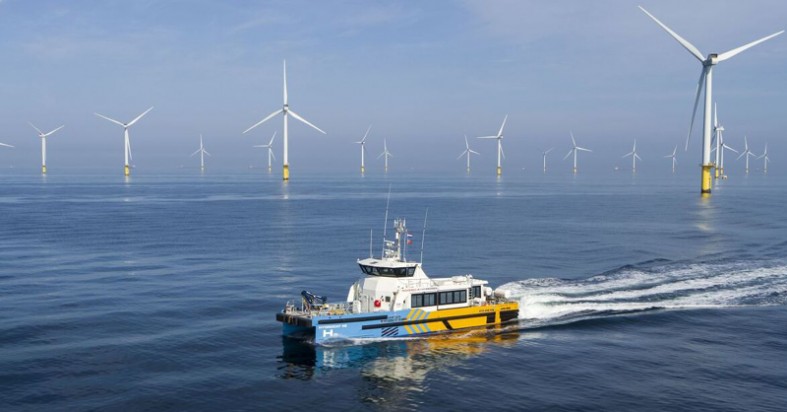 Years of experience in navigating the maritime sector

With 90% of freight transported via waterways, new solutions were necessary to achieve a reduction of 50% of CO2e by 2050, and this meant examining how vessels are built, powered and regulated.

From Luxfer’s debut marine project – the Energy Observer - in 2016, the significant engineering challenge of H2 storage for maritime has been a focus.

Safety is key, particularly amid an unstable regulatory landscape and alongside issues such as the harsh, corrosive environment that requires durable and high-quality cylinder systems.

For over 15 years Luxfer has been supplying its high-performance G-Stor™ H2 alternative fuel cylinders to international shipping and logistics giant CMB (Compagnie Maritime Belge). As a result of this collaboration, hundreds of our cylinders are part of prototypes and early proof of concept hydrogen systems for both marine vessels and on-road vehicles. This includes the world’s first hydrogen-powered Crew Transfer Vessel (CTV), which was introduced by Windcat Workboats and CMB.TECH (the cleantech division of CMB).

The Hydrocat 48 reduces the emissions of wind farm operators and was launched in May 2022.  It features a 27-cylinder dual fuel system and can carry 207kg of hydrogen. It is estimated that the CTV can reduce up to 80% of its traditional fuel usage and associated emissions through using dual fuel technology, as a pathway leading to 100% hydrogen technology.

Organisations such as CMB.TECH, who are making huge progress to wean the industry from fossil fuels, are providing an impetus that will change the marketplace.

The introduction of two world-class Teesside hydrogen hubs, alongside the government’s aim to increase production up to 10GW by 2030 and create 12,000 jobs in the industry, are important milestones in the UK.

While infrastructure and proving cost efficiency have affected hydrogen take-up, Luxfer is proud to have partnered with a number of forward-thinking companies, designing innovative projects. What we believe is needed is a joined-up approach to help circumvent some of the barriers.

Luxfer is well qualified to help shape policy, thanks to over 80 years of experience in gas storage. We are now part of a new think tank, the Hydrogen Transport and Storage Working Group, which was established by the UK Hydrogen and Fuel Cell Association (UK HFCA), of which we’re a member. Its aim is to assess how hydrogen transport and storage in the UK should develop.

What’s fantastic is that we’re now at a critical point, with Luxfer engineers among a groundswell of organisations that are pushing the boundaries.

We believe, so far, that the world has only scratched the surface of hydrogen’s potential, and we’re proud to be a pioneer in this exciting space.