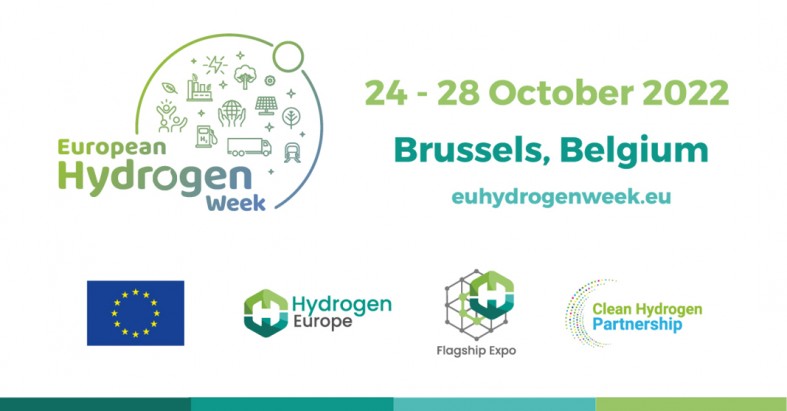 Leaders and changemakers from the hydrogen sector will be attending this year’s Hydrogen Europe Flagship Event and Expo, with experts from Luxfer Gas Cylinders attending the October event following a whirlwind six months of alternative fuel successes.

The team made history this summer thanks to a Luxfer hydrogen fuel system featuring on the UK’s first mass-produced hydrogen-electric truck, in partnership with Tevva Hydrogen Electric Trucks. The 7.5 tonne HGV is the first hydrogen fuel cell-supported truck to be manufactured, designed and mass-produced in the UK.

Manufacturer Tevva adapted its battery-electric HGV design, with support from Luxfer, to accommodate a hydrogen fuel cell system that tops up the battery and extends the range of the truck to 310 miles (500km).

Luxfer also played an essential role in bringing a hydrogen-electric minibus to market in spring. The most fuel efficient and quickest to refuel vehicle of its kind in the world, the eight-metre, 21-passenger H2Bus produced by Slovakian innovators Mobility & Innovation, features a complete alternative fuel system designed and supplied by Luxfer.

Containing four of the company’s G-Stor® H2 cylinders alongside valves and regulators, the system was provided in a ‘ready to assemble’ kit.  Requiring just 10.5 kilograms of hydrogen to achieve more than 400 kilometres of range, the H2Bus contains a hydrogen fuel cell system and electric motor.

In recognition of its achievements, Luxfer was named a finalist in two prestigious awards - the World Hydrogen 2022 Awards, organised by the Sustainable Energy Council (SEC) and The Energy Awards in the Physical Technology of the Year: Oil, Gas and Fuel Cell category. It is also a finalist in the International Trade category of the East Midlands Business Masters Awards, with winners due to be announced in October 2022.

Being held at the Brussels Expo Hall from 25 to 27 October 2022, the Hydrogen Europe Flagship Event & Expo is part of European Hydrogen Week (24-28 October). Welcoming guest speakers including ‘policy decision makers, industry representatives and experts across the hydrogen value chain’, the event will have an exhibition area as well as high-level business-to-business conference.

Mark Lawday, Vice President and General Manager of Luxfer Europe, said: “After such a rewarding year we’re looking forward to the event, with the ambition of connecting with like-minded organisations who are leading the charge in hydrogen applications, hearing more about future trends, joining lively debates on the sector and sharing our insights on innovations coming to market that we’re proud to be a part of.”

Luxfer Gas Cylinders will be located in the centre of the exhibition, at booth 42.

Luxfer Gas Cylinders (www.luxfercylinders.com) is a leading manufacturer of high-pressure composite and aluminium cylinders. More than 70 million Luxfer cylinders in service around the world have an exemplary record for dependability and safety in a variety of applications, including firefighter and first-responder life support, medical, fire extinguishers, alternative fuel, specialty gas, beverage, aerospace, inflation, SCUBA and performance racing. An operating company of Luxfer Holdings PLC (NYSE:LXFR), Luxfer Gas Cylinders is based in Riverside, California, and has manufacturing facilities in the U.S., England, Canada, and China. For more information on Luxfer Gas Cylinders visit: https://www.luxfercylinders.com/.