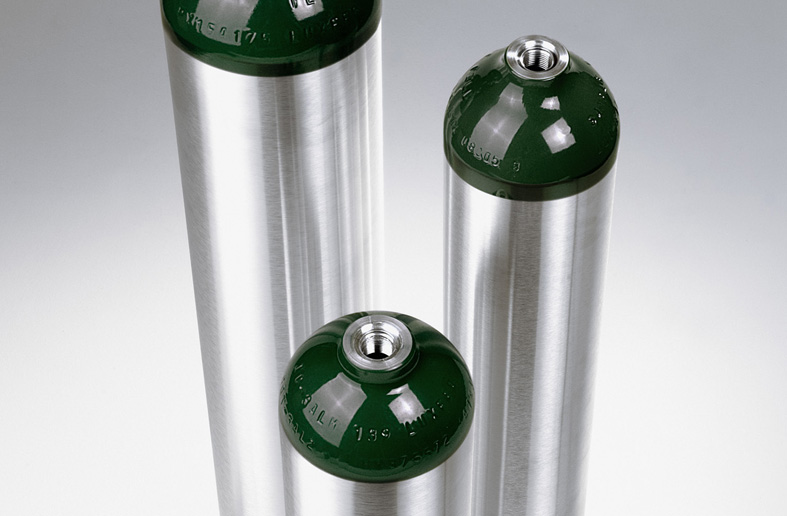 L7X is Luxfer’s trademark for its higher-strength, higher-capacity 7032 alloy, which Luxfer has marketed successfully in Europe for several years. Luxfer received U.S. government approval in 2004 to use the new alloy. The trademark also applies to Luxfer’s proprietary 7060 alloy, which is used to manufacture higher-pressure cylinders at Luxfer’s facility in Gerzat, France.

Because L7X-alloy cylinders can be filled to 3,000 psi (207 bar), they hold up to 50 percent more oxygen than conventional aluminum cylinders of the same size. This increased capacity is important to oxygen patients, who gain a significant increase in ambulation time and need to change cylinders far less often. It also offers a significant advantage for homecare providers, which save money on deliveries since fewer trips to patients’ homes are required in this era of ever-increasing fuel costs.

Major gas companies in the U.S. are already offering 3,000-psi filling, and Luxfer is actively promoting higher-pressure filling as part of its marketing campaign, using the slogan: “Higher pressure is coming. Will you lead—or follow?”

The L7X alloy promotion was part of a new marketing campaign that Luxfer introduced at the Medtrade Spring show. Titled “Only Luxfer,” the campaign stresses unique selling propositions (USPs) that differentiate Luxfer from competitors who sell medical cylinders primarily on price. The following is a summary of the Luxfer message:

All cylinder companies and their products are not alike. Please consider these unique advantages you’ll gain by doing business with Luxfer Gas Cylinders:


To add emphasis to this “value-added” message, Luxfer has been citing a well-known quotation from British writer John Ruskin: “There is scarely anything in the world that some man cannot make a little worse, and sell a little more cheaply. The person who buys on price alone is this man’s lawful prey.”