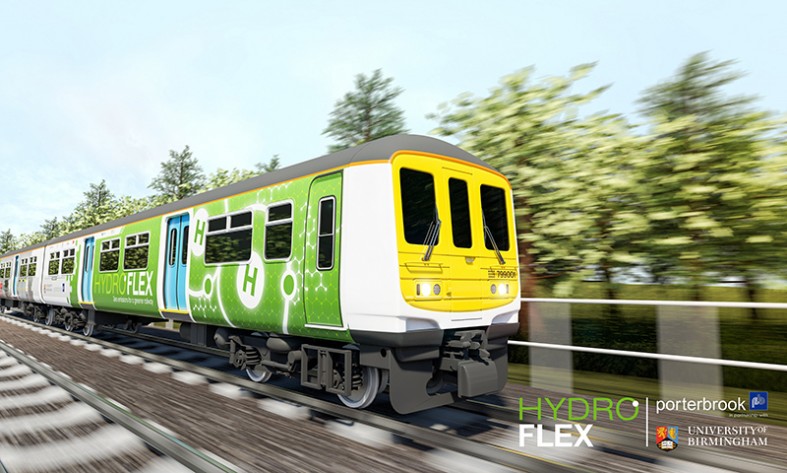 Luxfer Gas Cylinders has worked with Porterbrook and the University of Birmingham to develop the UK’s first hydrogen-powered train, set to be the first of its kind to be trailed on the UK mainline.

The HydroFLEX will now run on the UK mainline, following a trial for commercial use launching in the Midlands on Wednesday 30th September 2020. The announcement comes as the UK’s first hydrogen transport hub is established in Tees Valley, supported by a £750,000 grant from the Department for Transport. The test is a big step forward towards the UK’s net zero targets and follows recent support for hydrogen as a viable alternative fuel by Prime Minister Boris Johnson.

Unlike diesel trains, hydrogen-powered trains do not emit harmful gases, instead using hydrogen and oxygen to produce electricity, water and heat. The ground-breaking technology behind the trains will also be available by 2023 to retrofit current in-service trains to hydrogen helping decarbonise the rail network and make rail journeys greener and more efficient.

“We’re proud to have worked on this innovative project which marks a significant step towards realising the UK’s ambitions to have a more efficient, greener transport network,” said Lewis Anderson, Alternative Fuel Manager at Luxfer Gas Cylinders.

The four-cylinder hydrogen solution was developed and assembled in Luxfer’s Nottingham, UK alternative fuel facility, which also supplies bespoke hydrogen solutions for a number of vehicles including buses, refuse trucks, commercial lorries and even boats.

“With the government’s commitment to net zero carbon emissions by 2050, hydrogen provides a real alternative to diesel transport and electricity,” commented Mark Lawday, global director of Alternative Fuels at Luxfer Gas Cylinders.  “This project is an excellent example of Luxfer’s commitment to a clean, green economy across the globe.”