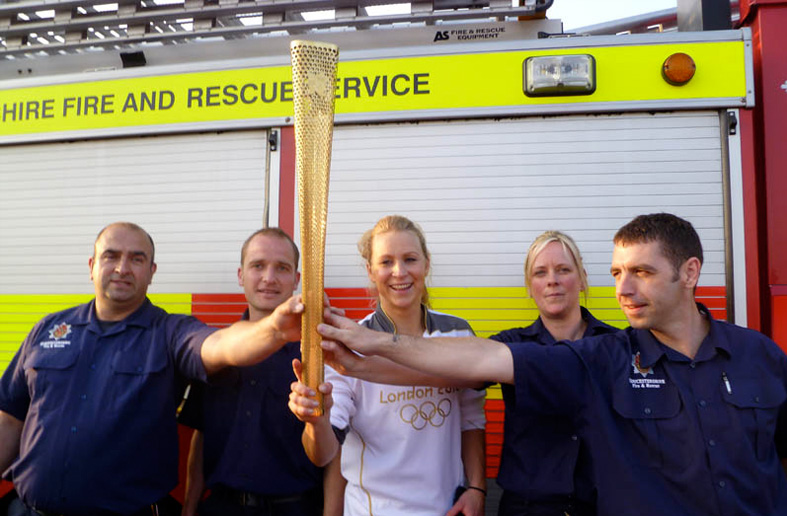 NOTTINGHAM, England (1 June 2012)—Suzanne Enghed, a Gloucestershire firefighter whom Luxfer has sponsored in various athletic competitions over the past several years, was a torchbearer during the Olympic flame relay leading up to the 2012 London Summer Olympic Games, which begin 27 July and run through 12 August.

Suzanne was one of 8,000 torchbearers who are carrying the flame throughout England. The torch was officially lit on 11 May in Olympia, Greece—site of the first Olympic games nearly 2,800 years ago—and arrived at Land’s End on the extreme westerly point of the mainland of England on 19 May. After being carried for 70 days, the torch will be used to light the Olympic flame in London during the opening ceremony on 27 July. The flame will remain lit until the end of the closing ceremony 16 days later.

Suzanne has won numerous awards in police and firefighter competitions, including being named “World’s Toughest Female Firefighter” in 2009 at the World Police and Fire Games in Korea. This competition, held every two years at a different location around the world, attracts more than 20,000 competitors and is the second-largest multi-sport global event, surpassed only by the Summer Olympics. In 2011, Suzanne won the silver medal in the grueling “Woman’s Ultimate Firefighter” competition when the World Police & Fire Games were held in New York City. Luxfer is planning to sponsor Suzanne again when she competes in the 2013 games in Belfast, Northern Ireland.

Suzanne running her leg of the torch relay. 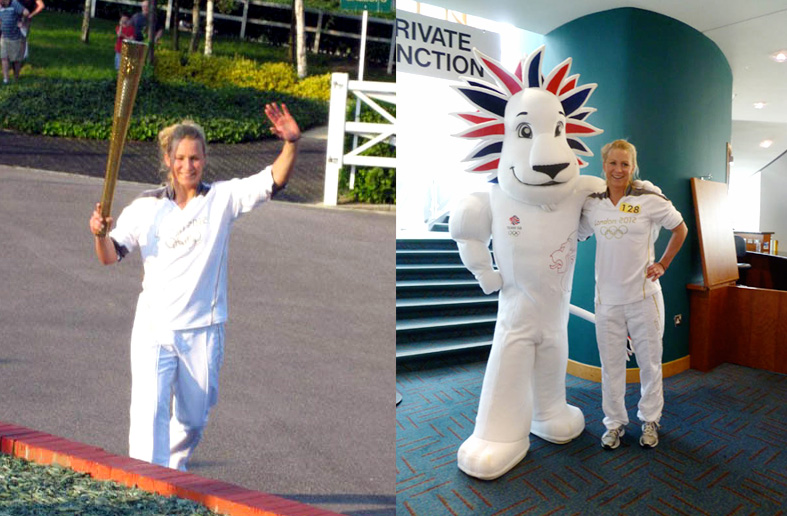